So I finally decided to try my hand at making cake balls. A little late, I know, but cupcakes are so
easy and have so many possibilities. Being a novice, I figured the best way to try my hand at cute
round cakes balls on a stick would be to use a kit. While wandering around Party City looking for
cute 4th of July items like beads, glow sticks and a headband, I found Duff’s Cake
Ball Kit. 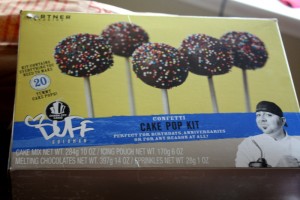 I can’t tell you how many times in college while ‘studying’ that I watched Ace of Cakes.
What that man can do with cake and power tools is amazing! I picked up the kit and some red,
white and blue nonpareils from Hobby Lobby and set out on a new baking adventure. 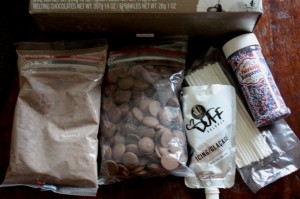 This kit has just about everything you need to make pops: cake mix, frosting, sticks, melting
chocolate and multicolored nonpareils. All that’s left is water, oil and an egg. After stirring up the
cake mix, 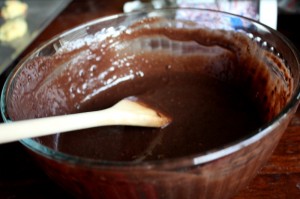 I ran into my first problem…it doesn’t tell you what size pan to put it in. Since a normal
box of cake is 15.6 oz. and the cake mix in the kit is 10.5 oz., I used a 9 in. round. Probably
should have used an 8 in. or 6 in. round instead and it took about 25 minutes to bake, longer than
suggested. Even at that length the cake was really moist and did not fluff up as expected.

After cooling, the next step was to crumble the cake and add half of the package of frosting. 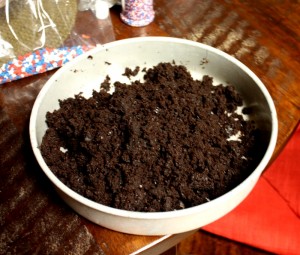 I think I added too much because the cake was super sticky. Then I rolled the cake mixture into
balls and put them into the fridge for half an hour. 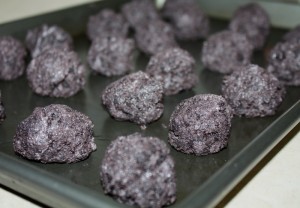 They didn’t set up but I continued on and started melting the chocolate. The box says to melt for 1 minute and 45 seconds but having burned lots of chocolate in the microwave growing up, I knew better. So I put them in for 30 seconds and around 25 seconds…oh no! Some of the chocolate had already burned. After
dumping out that chocolate, I tried again, 10 seconds at a time. This chocolate and I were in a
fight and the chocolate was winning. I finally was able to get enough chocolate melted to dip in
the sticks and set into the balls. 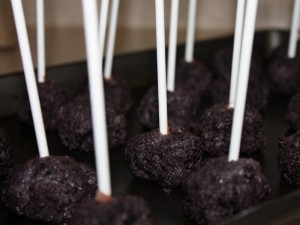 Then off to the freezer for 15 minutes while I tried to get the rest of the chocolate wafers into
something kind of dip-able. The chocolate was not having it; even after using my trick of adding
a little shortening/oil to the mix, it was still really thick. 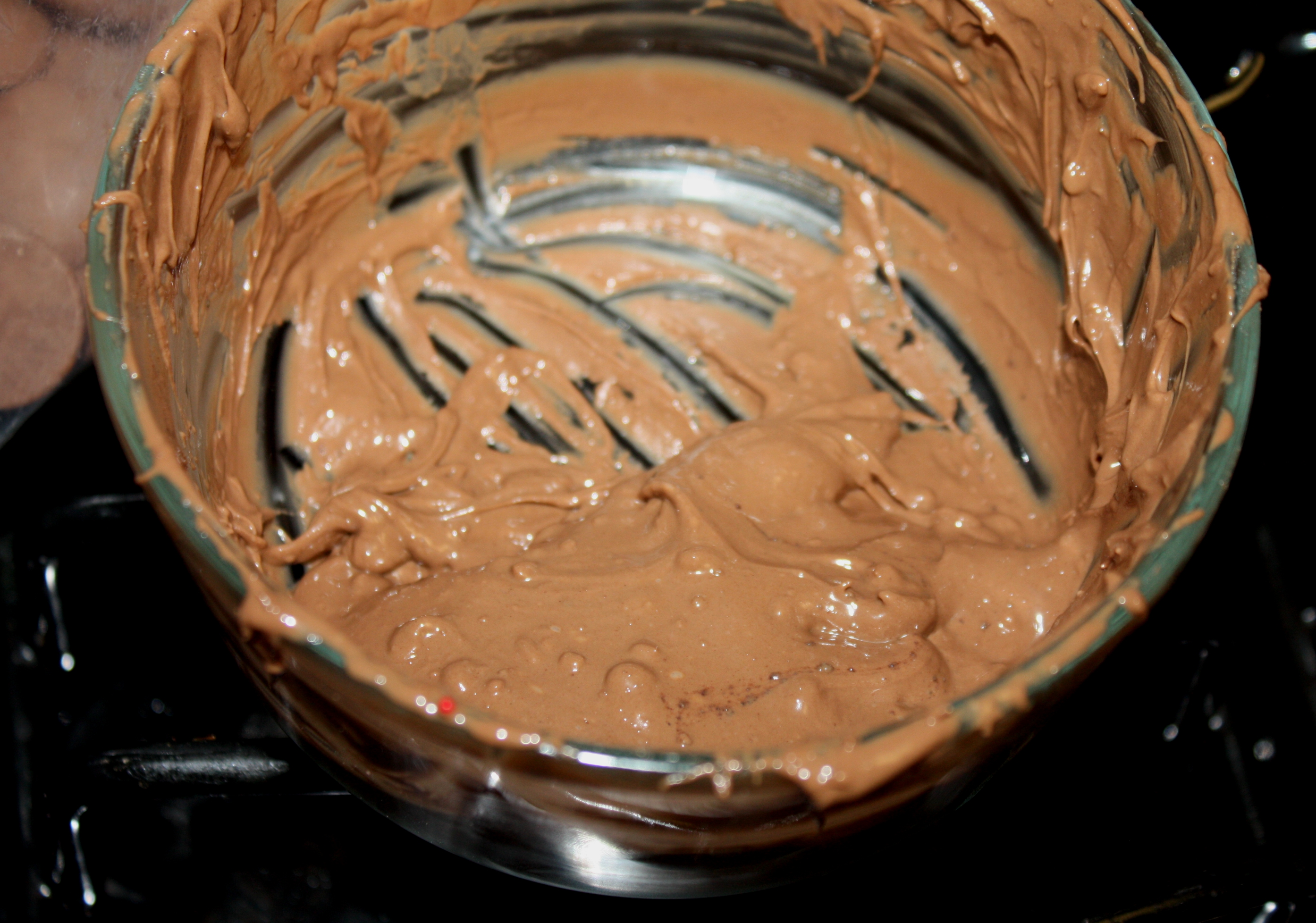 Not knowing any better, I took the cake pop and tried to cover it with chocolate and the ball fell apart. After a few more failed attempts, I thought I might be getting the hang of it. I was wrong… 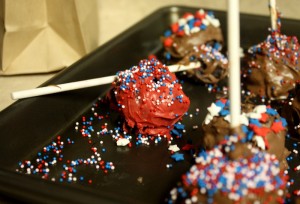 so then I melted some Wilton candy melts and found that they worked better but the balls still wanted to fall apart. I did manage to get 4 that looked somewhat like the picture… 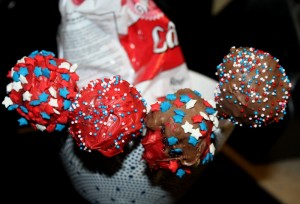 Next time I think I may watch a few You-Tube videos and use my own ingredients. A few lessons
learned: make a cake that you’re comfortable with, start with less frosting (you can always add
more) and use chocolate that melts really smooth. 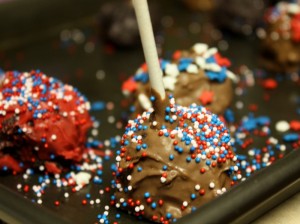 Round 1 goes to the cake balls…but I will be back!