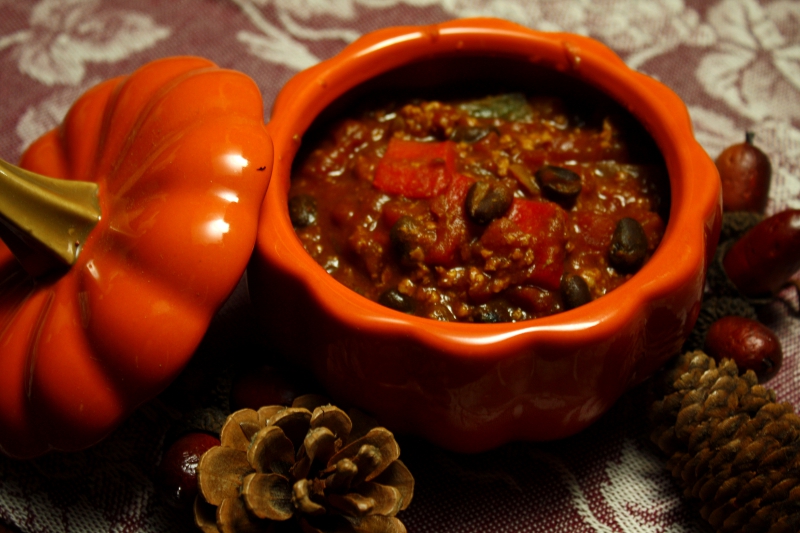 I know you’re probably thinking, pumpkin chili? Have you lost your mind?

And the answer is no, not yet…

I love chili and soup pretty much year round. Mr. RWB often tells me it’s too hot for soup.
So as soon as it hits fall or we drop below 90 degrees in Austin, I get to work. After spending time in the St. Louis area where fall is in full swing, I wanted pumpkin and apples and football. Luckily it was Thursday night and football was on. Chili is one of the few ‘soups’ that are acceptable for a football game.

In addition to all the normal things like bell pepper, tomatoes and black beans, I added a can of pumpkin. Have you ever tried pumpkin by itself? It’s pretty boring. A little nutty, a lot mushy but all together kind of bland…so I kicked it up a bit by adding some cinnamon and nutmeg.

Even Mr. RWB raised an eyebrow at this one. First chili of the season and I’m messing with it. Good thing it turned out AMAZING!

The pumpkin added a thickness to it as well as a little nuttiness and the cinnamon and nutmeg helped round everything out. Since this went so well I wonder what else I can sneak this fall staple into…

Instructions:
1. In a large soup pan, heat oil over medium, add onion, peppers and spices. Sauté for 3-4 minutes or until soft.
2. Add ground meat and cook until 165 degrees, about 10 minutes. 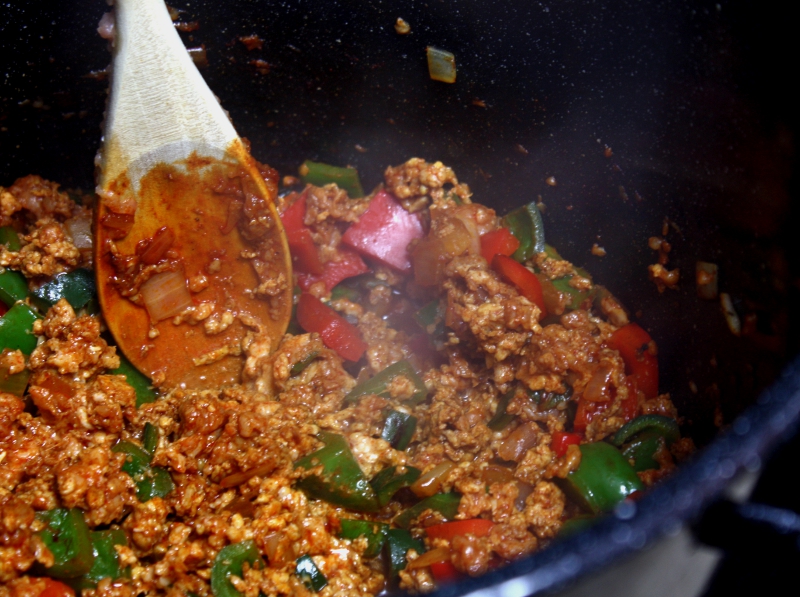 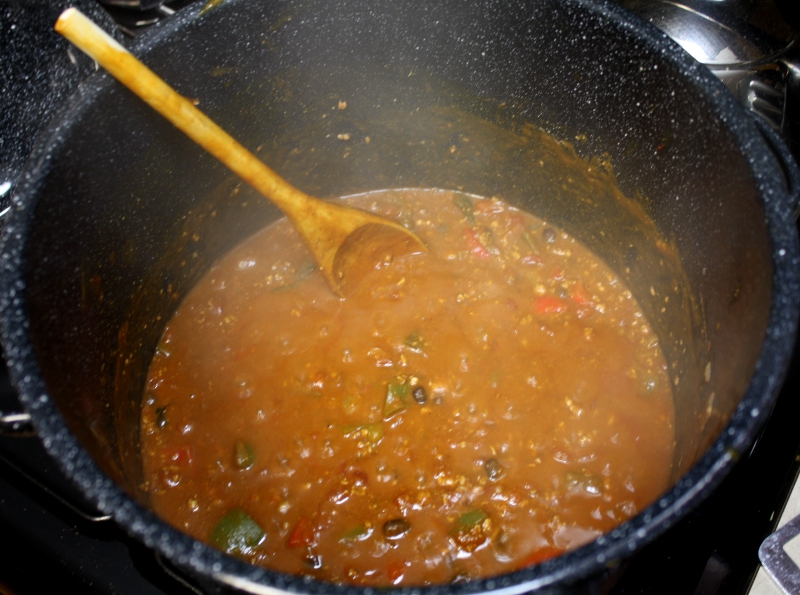 4. Reduce heat to low and simmer for at least 20 minutes. The longer the better (always tastes better the second day!) 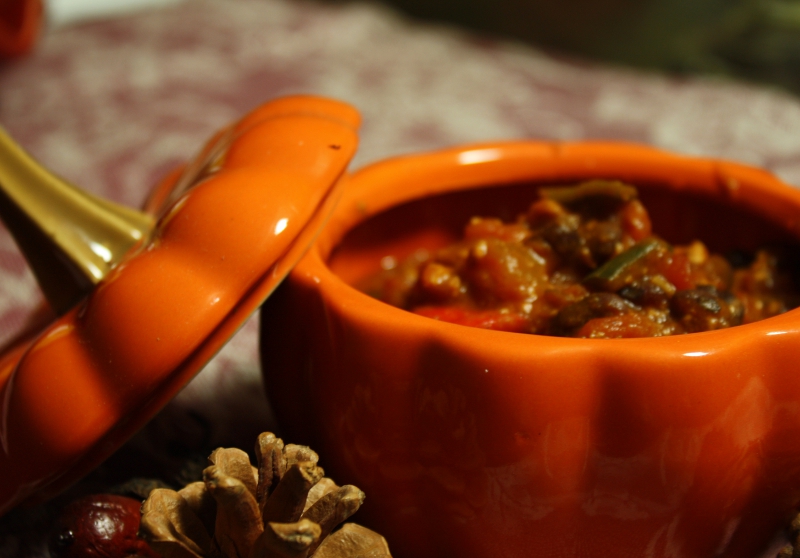 Leave a Reply to Megan (The Lyons' Share) Cancel reply

Yay foodie pen pals! It's been a few months for me but I finally remembered to sign up on time.........