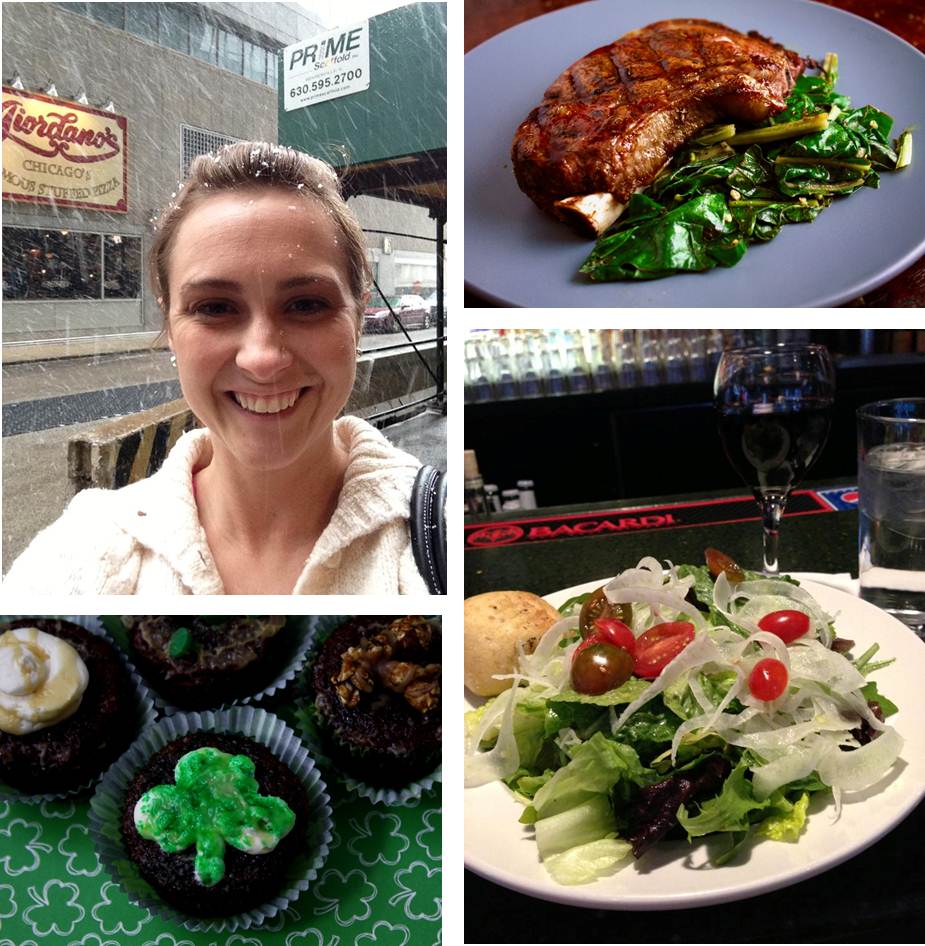 Well we’ve made it 2 weeks in our 30 day challenge and let me tell you it’s been tough. The first week was ridiculous with cravings and I realized that I was addicted to sugar.

I looked back at my habits and realize that I was doing fairly well during meal time but often had a fruit snack mid-morning, some M&Ms after lunch (though I did usually count out enough for 100-150 calories), a 3pm fruit snack or candy break and of course something sweet after dinner. Let’s just say I had a lot of sugar. Not to mention the weekly date night that consisted of a couple margaritas, queso and lots of chips and salsa. And let’s not forget the Friday morning breakfast tacos and weekly pizza lunch. So my diet was not as good as I thought it was…I’ve had plenty of time to ponder these mistakes as I was constantly wanting something that I wasn’t even hungry for.

The first week went without a hitch, met all the requirements. Then I found out I was headed to Chicago at noon on Friday and boy did things changed. I managed for all but 1 meal this week to eat according to the rules (group lunch at a pizza place) but the 2 day alcohol rule, not a chance. Although I did limit it to one glass of wine a night, not sure whether it relaxed or warmed me up more…Only managed 2 workouts instead of 3 but I’m headed back to Chicago for another two weeks and am intent on trying to follow the rules better.

Mr. RWB is taking to this better than I expected. He’s asked a lot of questions and found that he likes fruit and green smoothies for lunch. Though I did have to remind him that fruit juice is not your friend!

Overall, I feel better and am not craving things as much as before. Though I think I could easily fall into bad habits again. With that said I did find some sugar free chocolate and gummies that have satisfied the candy craving and due to their laxative effect portions are not an issue. Pepitas or pumpkin seeds and sunflower seeds have helped with wanting something crunchy and my best friend still is grapefruit and apples. Though I was somewhat limited on fruit this week, I plan on shopping next week.

The past two weekends we’ve done half marathons, one in Sugarland and one in Beaumont (where my parents live).  The first one didn’t go so well though I’m not sure if it was due to the diet, inactivity or eating crawfish the night before. Warning: Do not eat crawfish the night before a big race…just don’t! It was day two and really exhausting. The next weekend was the gusher and improved my time from the week before by over 10 minutes. It was windy and really humid at the start and I became tired but in a good way. I was in a good headspace and really enjoyed the event with the other runners. It was tough as they all are but fun again!

I definitely think this is going to continue to be a battle to make smart choices and avoid sugar. I feel better and hope that these principles become more of a habit than diet. Oh and my pants fit again!

Steak rarely makes an appearance at our house. We cut out most red meat back in 2010 in an effort......